The Rift by Amy Foster - Review 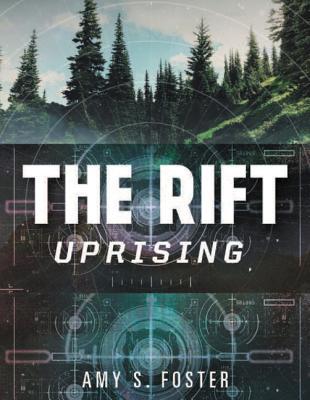 The first book in the fast-paced action-adventure, The Rift Uprising trilogy—an enthralling mix of speculative fiction and military thriller—in which a young soldier comes to question the monsters she’s trained to fight against . . . and the monsters she fights for

Seventeen-year-old Ryn Whittaker is a Citadel: an elite, enhanced soldier specially chosen to guard a Rift, a mysterious and dangerous portal to alternate Earths scientists cannot control or close. Trained from the age of fourteen, Ryn can run faster, jump farther, and fight better than a Navy SEAL—which is good when you’re not sure if a laser-wielding Neanderthal or an axe-wielding Viking is trying to make it through the Rift and into her world.

But the teenager’s military conditioning and education have not prepared her for the boy who crosses through—a confused young man, seemingly lost and alone. Because while there’s an immediate physical attraction, it’s his intelligence and curiosity that throws Ryn off balance. The stranger asks disturbing questions about the Rift that Ryn herself has never considered—questions that lead her to wonder if everything about her life and what she’s been told these past six years has been a lie. Are the Rifts as dangerous as her leaders say? Should her people really try to close them . . . or learn how to travel through them?

I was really excited about this book and while I didn't fall head over heels in love with it I, on the whole, quite enjoyed it.  The concept of these 'random' rifts opening up around the world, rifts that open into other earthen planes, even some that are exactly like the one we live in currently is pretty cool.  The diabolical concept that these rifts are guarded by teenagers instead of adults is intriguing, the underlying suspense and the unknown to the story is capturing.  The problem for me:  These teens particularly our Heroine are so focused on sex that it almost completely drowns out every other part of this story.

Now, I get that these teens have been dealt a pretty crappy hand whether they know it or not, but dang it if you can't get through two pages with out the fact that they can not have sex being brought up.  I get you Ryn, you're a horny teenager, but dang girl everything does not revolve around sex.  There are plenty of teens that manage to make it through their high school career with out ever having sex at all but you act like it is the end of the world and we should all pity you because you can't get it on with every cute guy you come across.  I am all for teen romances, I don't even have a problem reading about teens having sex...it happens, if it doesn't happen as a teen it will happen as an adult, (unless they choose celibacy) cool, what ever floats your boat people, but to act like there is nothing more important, uhhh, did we forget there are huge freaking tears through time and space opening up sometimes at random around the world and CHILDREN are protecting the human race from what ever comes through, than the fact that you can't have sex and you lose me.  Now, all this said, at first I did start to question myself because maybe it's just me, maybe the fact that I am old enough I could have teenagers of my own I just don't get it.  Then I kept reading about her non-exsistent sex life over and over and over again and guess what I was over it.

As harsh as that sounds the fact is I like the concept of this story.  I like a lot of the characters in the story.  Ezra, Henry, Boone, Violet, Edo, Levi... I want to know more about them.  I want to see how this all plays out, I want Ryn to get her head out of her backside and look around her and not at herself.  She's completely oblivious to anything but her own needs, concerns, and wishes and I want to see her grow and become the Heroine I think she can be.  I am also not sure I am in total love with the current love interest and like the idea of, what I am afraid is going to become a 'love triangle', the other guy better. I want to learn the secrets of ARC and how the Rifts came about and how they have been being used.  I want to learn more about tall the different beings that come through the Rift and how they will play a role in what I am assuming will be its ultimate downfall. So as you can see it's this kind of love/hate relationship for me.  I want more of this series all while wanting to throw my hands in the air and shake the life out of the Heroine.

I'll totally be waiting for the next book in the series all while crossing my fingers that in the time we are waiting the Heroine grows up and becomes the character I know she can be.  There is a lot to love about this storyline, we just need to get the connection to the main characters that was missing in this book.  So I say give it a go, you're probably going to want to roll your eyes a time or two, but the underlying story her is worth the headache the eye rolls might cause. 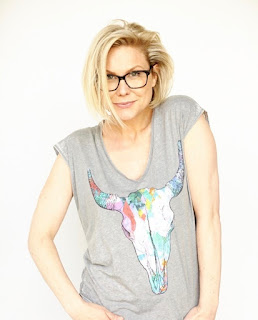 Amy S. Foster was born in Victoria, Canada to singer B.J. Cook and legendary record producer David Foster. But Amy opted out of a career in music and chose international business instead. While going to American University in Washington DC, she took a course in creative writing with renowned poet Ann Darr that would change the direction of her life. After graduating, Amy moved to London to hone her literary skills, determined to get a collection of her own poetry published. It was there that she met producer Martin Terefe (Mike Posner, Shawn Mendes, James Morrison) who asked her if she wanted him to put some music to her poetry. The two made a ground breaking spoken word record which turned Amy’s focus entirely to music and from there, the progression to becoming a lyricist was natural. Since then, artists have sought out Amy’s easy, conversational style of writing and her uncanny ability to help them tell their own stories. She has penned four number one hits with Michael Buble (Home, Everything and Haven’t Met You Yet, Beautiful Day). “Home” has also been covered by Westlife and Blake Shelton which gave Amy her first country Number One. She has worked with artists such as Andrea Bocelli, Destiny’s Child, Solange Knowles, Eric Benet, Diana Krall, Josh Groban, One Flew South, Carolyn Dawn Johnson, John Paul White of The Civil Wars, RyanDan, Who is Fancy, Chris Mann, and most recently a collaboration with Michah Wilshire of the band Wilshire. The two have formed their own group called QOINS .
“When Autumn Leaves”, Amy’s first work of fiction was published by The Overlook Press in September 2009. Currently, Amy lives in Portland, OR with her husband Matt Freeman and their three children, Mikaela, Eva and Vaughn. Her next release is, the first in The Rift Trilogy, for Harper Collins is coming to a bookstore near you in the Fall of 2016.