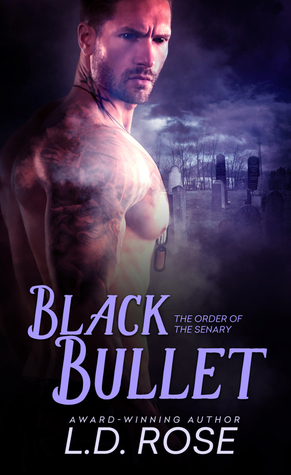 Not even his past life as a former Marine and FBI agent could prepare him for the battle against the monster inside him, struggling to take hold. After an old nemesis of the Senary surfaces in Brooklyn, unleashing chaos and terror in the battered borough, Jon sets out to take him down. Instead, he ends up with far more than he bargained for when he clashes with the beautiful half-vampire hybrid, Lawan Knight.

After escaping near death and suffering unspeakable horror at the hands of vampires, Lawan trusts no one, regardless of species. In between bouts of drunken stupor, her only goal is to exterminate all those who've wronged her, including every member of Jon's vampire bloodline. But Jon's soulful eyes and quick smile crawls under her skin, transforming her black and white world into a hazy shade of gray.

As the days rapidly grow darker, Jon and Lawan turn to one another, but their inner demons threaten to tear them apart. The only way either of them will survive is if they overcome their greatest fear--

When this book came to my attention I went immediately to read the synopsis and thought "Military based paranormal romance, HECK YEAH!"  I went back to the first book Releasing the Demons wanting to make sure I knew what was going on before I began this book and immediately fell into a book coma.  I will say that you MUST read this series in order.  Had I not gone back to book one I would have been quite lost on some aspects of the story.  The base of the story is clearly set up in book one but it is not really recapped in book two.  This is something I both appreciated and hated.  I loved that I wasn't inundated with things I already know having read the first book but at the same time thinking if I had picked this book up as a standalone (yes, it clearly is not) I would have likely put it back down because I would have not understood the system of The Senary or the backstory of the hybrids.

Black Bullet is an action packed.  It's a dystopian-esque world where insane vampires have taken over the night but are working to take over everything and the only thing stopping them is the Men and Women of The Senary and at least for now one amazing but broken female hybrid.  L.D. Rose takes no punches when starting Jon and Lawan's story; it starts off at a fast clip with a flash back that will have you clutching tightly to your book and flipping pages quickly and she practically never slows down.  There is so much that happens in this story that you are constantly engaged and sitting on the edge of your seat.  I will say that this book is not easy to read at times.  It has many dark moments, particularly when it comes to Lawan.  her journey is one of brutality and heartache but you can truly only love her more for it.  I will mention here that if you have triggers due to abuse or rape take a deep DEEP breath before going in.  The story is worth the heartache but again it can be hard to process at times.  Jon...well, he becomes something extra special in this book.  He's fighting against his past and his beliefs, he's trying to come to terms with his new reality, a reality he never truly wanted.  He and Lawan are the perfect pair because he can understand her pain, he can hold her close and soothe her, he can see that she is fragile but he can also recognize her unbelievable strength.  And Lawan, she is Jon's hope.  Through her he can see a future that does not take away his past but enhances who he will become.  I loved their relationship.  I loved that it wasn't an insta-love, that it was built upon slowly and through hard fought battles between themselves and the ones they fought against others.  I loved that even through all their darkness there was underlying humor.  I loved that despite how hard they had to be because of the world around them that they were soft (even when they had to be hard) with each other and with their friends.  They are a well matched and believable couple, I never felt like I had to force myself to understand or believe in their relationship because L.D. Rose made it real and honest.

You will love the friendships and even the villains.  I mean you will hate the villains, there is one that is so particularly vile that he makes your skin crawl, but you will love the raw ugliness of them and the honest angry hate that they will cause in you.  L.D. holds no punches, her bad guys are some of the worst I have ever read but the story wouldn't be anywhere near as effective with out them.  This series is hard to the core and I am thankful for that, there is an edge that captivates and has you coming back for more.  Oh and side note: You will LOVE Oscar, the cat!

Black Bullet is a gritty dark read if you are fans of The Black Dagger Brotherhood, Dark Hunters, Guild Hunter...Dark Romance, even I would say Horror you will enjoy this series.  I am quite excited about future books and have a good idea of who I would love to see next. I am not sure how long L.D. Rose plans to make this series but it could easily be long running if she chose and I would totally be down with that. 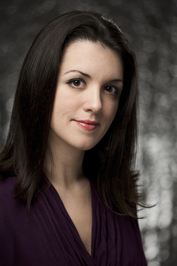 L.D. Rose is a neurotic physician by day, crazed writer by night, and all around wannabe superhero. She writes paranormal romance and urban fantasy, but she's been known to delve into horror, sci-fi, and medical suspense on occasion. L.D. Rose is a PAN member of the RWA, FF&P, NEC-RWA and CoLoNY. She currently lives in Rhode Island with her studly hubby, her hyperactive boxer, and her two devious cats.

Sign up for her newsletter for the latest on the Senary, sneak peeks, giveaways, and other fun stuff: http://eepurl.com/bKvuXD. You'll receive a free horror short story with sign-up!