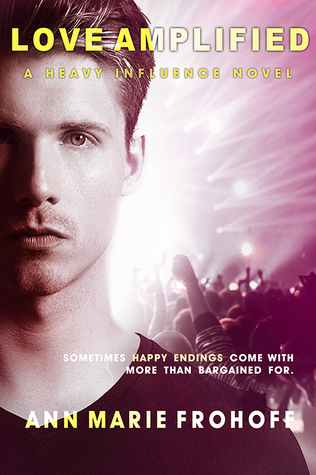 Jake Masters is on the rise, sober and inspired. His solo music career has taken off and he's packed away his ugly skeletons - so he thought. When a tropical rendezvous with the love of his life turns into an life-altering reunion, they must decide what's more important - their happily ever after or doing the right thing.

Can it be both?

I will admit that I went into this book with a lot of trepidation and I honestly told a friend that I wasn't sure I could trust that Ann Marie Frohoff would give me a happy ending and not break my heart.  This series has been emotionally brutal and I could see her giggling in her pjs with a glass of wine or cup of coffee near by as she wrote out an ending that would leave her readers in tears and despair.  I don't know what that says about her or me haha, but I can tell you that she didn't rip my heart to shreds and then do an Irish jig on top of it's remains.  Can I say that everything is perfect in Jake and Aly's world?  No and after their past would you expect that, would you even want it?  Ann Marie has been brutally honest in this couples relationship.  A relationship that began with children falling in love, that battled stardom, anxiety, addiction, heart break, too many mistakes to count...a relationship that you will find with this book has grown into a mature love but is...yet to settle.  A love that has been battered but has come out stronger for it.  A love that proves that some loves run so deep that they can never be forgotten or let go of.

Jake and Aly are back, time has passed, they have both grown and discovered who they are...who they want to be on their own as opposed to as together.  They have realized that they aren't Just Jake and Aly as a unit but Jake, Aly, and Jake and Aly if that makes sense.  Aly has spent her past few years engaged to her long time friend and finishing her college education.  Jake has spent his drying out from his addictions and coming to terms with who he had become and the trail of pain he left behind him while he was in the grips of those addictions.

I don't want to go into too much detail because there is a twist to this story...you can't possibly believe  we would get a straight up HEA could you?  This is also not a full length novel, it is more a novella so it would be hard to give too much with out giving too much away because it all happens fairly quickly.  I will say that is the one thing that keeps me from going for that 5 star rating.  I wished the book had been a bit longer, that there had been more *gasp*, dare I say it, drama between Jake and Aly.  I love that they are back, but they simply just fell back together...after everything I wanted there to be more emotion between the two.  Aly deserved to be more angry, Jake more contrite.  We've spent years with this couple in some pretty serious and explosive situations so the calmness that occurs in this book throws me a bit for a loop. I know that they have both matured greatly in their time apart and that has a lot to do with how they handle one another now but at the same time when a couple has gone through everything this couple has the lack of explosive emotions is...unexpected.  That said, it looks like we have more to come from this couple so we may get that yet and I will say I am glad that we aren't letting them go after this.  We need more time to watch these two grow, (goodness, please don't let them end up not together in the end.  I know Ann Marie isn't done with us yet and I am still scared, haha) we need to see Jake truly redeem himself, we need to see Aly open her heart fully (or close it off completely, *gasp*), we need to know about Grace and Kai (whaaaaaa?!), find out how all the relationships finally settle. I think Ann Marie has at least one more book in her after this one and I am on the edge of my seat waiting for it.  I feel like her final book in this series should end with an Oprah style 'Closure for you, and you get closure, and you, and you....and here's your closure...YOU ALL GET CLOSURE!'  I just need her to make sure she doesn't break my heart when she does it, m'kay.

If you are a fan of contemporary romances, second chances (third and fourth in Jake and Aly's case), highly emotional reads, drama, stories of heartbreak and redemption, this is your series.  I will not lie to you, this has not been an easy journey, Ann Marie will break your heart over and over again but I think we will all find that it will have been worth it in the end.  This is not a standalone, you must read the series from the beginning or you will be completely lost.  Love Amplified is a quick read, a little over novella length but packed full to the edges.  You won't need your tissues for this one, but we aren't done yet so don't put your Kleenex boxes and bottles of wine away just yet and as always... 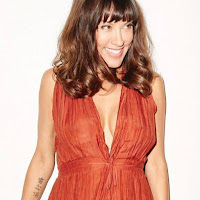 She’s now settled in the South Bay area of Los Angeles. Her wanderlust and propensity to live life out loud has brought her many life experiences. Always the storyteller, it would be of no surprise to those who grew up with her, that she made the transition into a book and screenplay writer. You could say that she woke up one day and had an epiphany, deciding to go to school for screenwriting. It’s with that inner fire she set out to write her first screenplay. Soon after, such work made it into the hands of an agency creative executive who challenged her to write a novel to support the complex cast of characters she’d created. Thus, after only a couple of years and many hours on the road immersing herself in her subject matter; her edgy modern day "Walk The Line" meets John Hughes Classics, Heavy Influence series was on its way!