I don't even know how I missed this up coming book by Jeanine Frost.  I love her Night Huntress and Night Prince Series.  Clearly I have have had my head in a hole!

After thoroughly chastising myself I ran right over here to tell you about it!  Jeanine Frost has a BRAND NEW Series coming out!  What?!  I know, who isn't excited about this news and it is a New Adult series.


Are you ready for some gorgeousness? 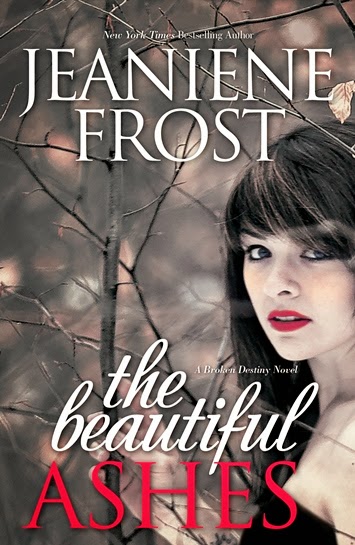 Look it it...don't you just want to reach out and pet it.  I can't wait to have this in my hands!


In a world of shadows, anything is possible. Except escaping your fate.

Ever since she was a child, Ivy has been gripped by visions of strange realms just beyond her own. But when her sister goes missing, Ivy discovers the truth is far worse—her hallucinations are real, and her sister is trapped in a parallel realm. The one person who believes her is the dangerously attractive guy who’s bound by an ancient legacy to betray her.
Adrian might have turned his back on those who raised him, but that doesn’t mean he can change his fate…no matter how strong a pull he feels toward Ivy. Together they search for the powerful relic that can save her sister, but Adrian knows what Ivy doesn’t: that every step brings Ivy closer to the truth about her own destiny, and a war that could doom the world. Sooner or later, it will be Ivy on one side, Adrian on the other, and nothing but ashes in between…

I want it, you want it, your neighbor is going to want it so here is where you can go pre-order it!  The Beautiful Ashes releases 26 August, 2014!  And don't forget to add it to your GoodReads TBR!