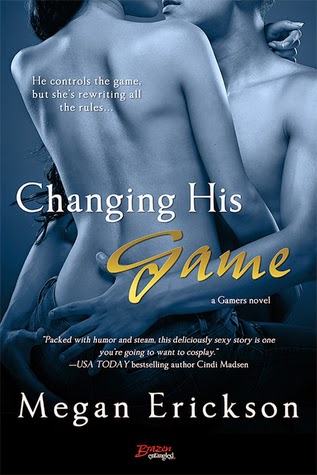 He controls the game, but she’s rewriting all the rules…

Marley Lake is no stranger to awkwardness, but getting caught watching a dirty GIF by the company’s hot new IT guy exceeds even her standards. That is, until she realizes he's as turned on by it as she is. But with a big promotion on the line, she refuses to let her current dry spell be her downfall. Maybe.

Austin Rivers has no business lusting after the irresistible editor of Gamers Magazine. He's a secret partner in the business—and technically Marley’s boss. One look at that GIF, though, and he’s ready to install a whole lot more than just software…as long as she never finds out who he really is.

But reality’s not as virtual as it seems, and when Austin’s identity jeopardizes Marley’s promotion, he has to change his game or risk losing the only woman with the cheat code to his heart.

On Megan's website she says that this book was written for fun and I've decided she means my fun.  I thoroughly enjoyed this book, it was sexy, funny, snarky, romantic, nerdy, all the good things.

Marley Lake is a hard working up and comer in the male driven gaming world.  She's put her life outside of work on hold so she can focus on being one of the best in the industry and proving to herself and her male co-workers that she is just as good if not better than they are when in comes to her job.  What does that mean for us and Marley?  Tumblr, lots and lots of Tumblr...and you guys know as well as I do that Tumblr isn't for the demure.  When Marley's Tumblr fantasy is thrust (oh the puns) front and center into the eyes of her long distance crush, Austin Rivers things begin to get interesting.

Austin Rivers kind of reminds me of my physicist husband, nerdy but not in a terribly geeky pocket protector way, although I have a feeling Austin could even make a pocket protector hot.  He's one heck of a hot nerd with introverted tendencies (many due to a painful past) and as you all know, it's always the quiet ones! 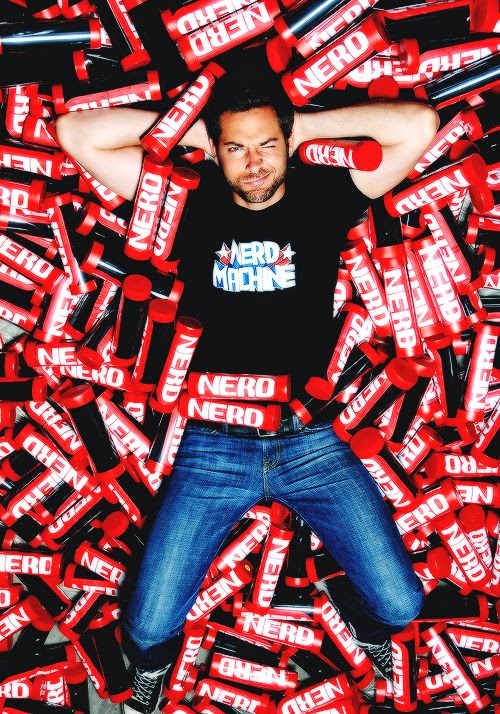 Austin is quietly sure of himself while at the same time being unsure about everything else.  His trust has been shattered and he craves the ability to control his small piece of this world which leaves him struggling to open himself up to Marley out of fear that she will leave him faster than "you can download a 256K file on a 1gig connection" (Bows down to my dear friend Tracy for that one, she's going to have to explain that to me soon...remember I said my husband was the nerdy one, ha!)

I love Megan Erickson's books and have to say that while this was a bit of a departure for her, a bit (okay a lot) steamier, in terms of romance I loved this book as hard as I have all her others.  Austin is one heck of a dirty talker as well as just a genuinely kind and caring guy and I loved  Marley's tenacity and strength.  If you are a romance fan, that likes her Alpha males with a bit of a tender side, a girl who is not afraid to put herself out there to get what she wants, and some amazing secondary characters that you just know are going to rock their own books in the future than I can't recommend Changing His Game enough.  This is a quick enjoyable read that will suck you in by the first few pages and have you anxious for more at the end!   Also, I would like to mention to Megan how much I would really like to see Aric's Revenge become a reality, haha.  Now I am off to design my own Evelyn CosPlay for the next Comic Con!  Okay, so my husband may not be the ONLY nerd in the house *Wink* 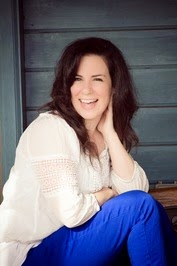 Megan worked as a journalist covering real-life dramas before she decided she liked writing her own endings better and switched to fiction.

She lives in Pennsylvania with her husband, two kids and two cats. When she's not tapping away on her laptop, she's probably listening to the characters in her head who won't stop talking.