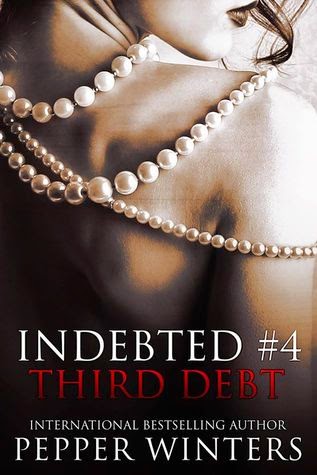 Book Description:
“She healed me. She broke me. I set her free. But we are in this together. We will end this together. The rules of this ancient game can’t be broken.”


Nila Weaver no longer recognises herself. She’s left her lover, her courage, and her promise. Two debts down. Too many to go.


Jethro Hawk no longer recognises himself. He’s embraced what he always ran from, and now faces punishment far greater than he feared.


The Third Debt will be the ultimate test... 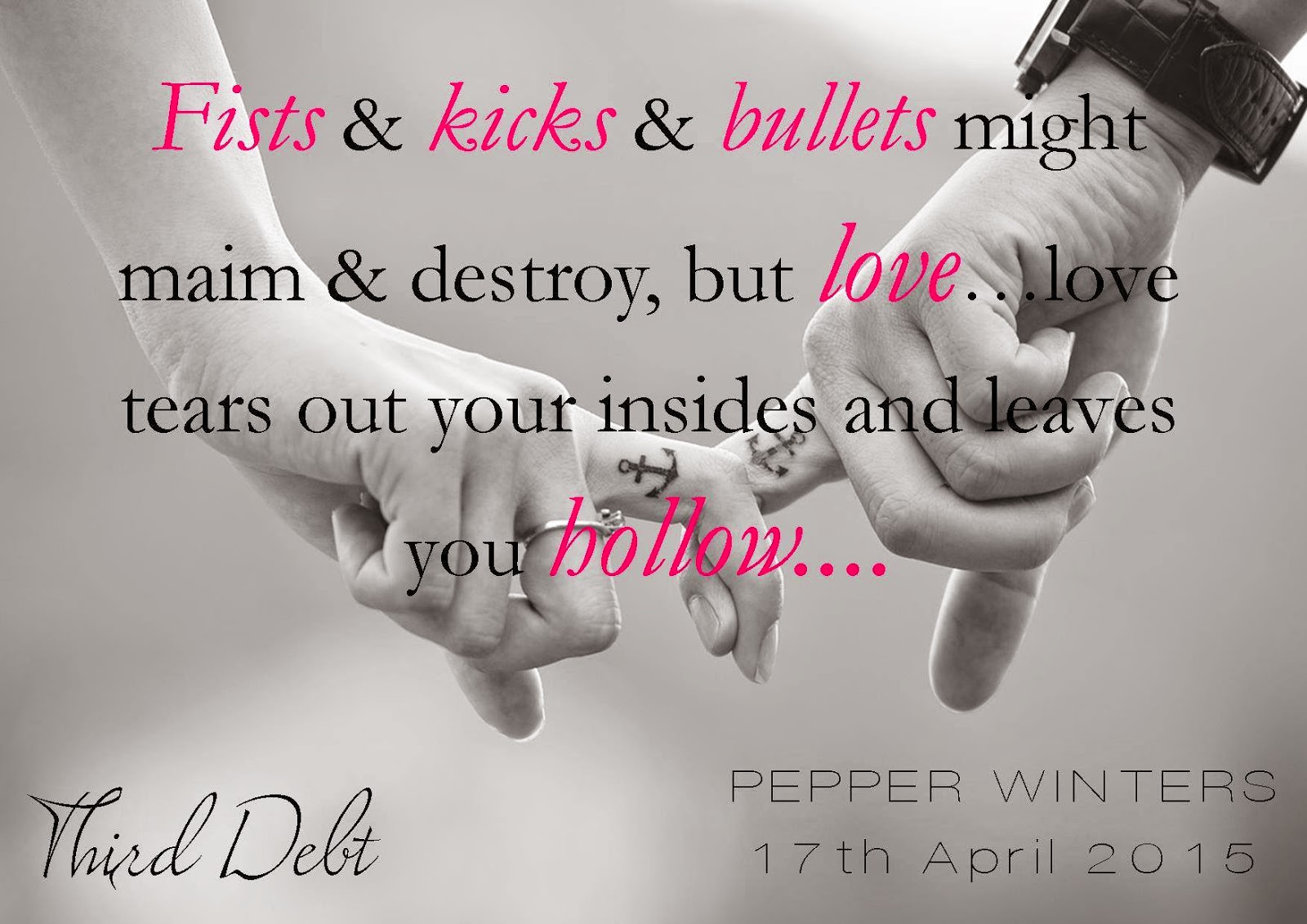 My Review:
This has been an interesting series for me.  If you go back to my tiny little review from book 1, Debt Inheritance you will see that I was pretty bothered by the concept and plot.  So here we are 4 books later and I have become intrigued while still managing to stay a bit off kilter with it all, which I think is actually what Pepper Winters is looking for in her readers reactions.  This is a dark romance series, heavy on what I consider the dark or cruelty depending on how you look at it.

This book picks up right at the end of the last one, Second Debt and while we are thrown heard first back into the action one thing to know about this series is Pepper takes her time.  Yes, we are right back in the thick of it all but there will be a slow build up to what you know after the last 3 books is going to be a brutal come to Jesus moment, then a calming make you think everything is going to be okay pace, until BAM she hits you with a maddening, when the hell is the next book coming out cliff-hanger.  I love the concept of this book, I love the history surrounding it, the idea that through horrifying moments, terrible pain, soul-wrenching anguish, love can some how overcome it all.  The hard part is wondering if it will ever be enough, will love of family overrule them all, will love of each other save them or will it destroy them?
Nila, has been rescued (or has she) by her beloved twin and father, Jethro is left to deal with the ramifications of his failure, and their crazy f'ed up world has been turn on it's side leaving them both lost, confused, angry, and hurt.
My biggest challenge with this story is that we have been bounced around with these two for so long now.  Nila, at times I want to shout about her bravery to the world and other times I want to shake her senseless because I can't understand why.  I don't know if in the end that makes her a stronger person than I would be in this situation or not.  Me, yeah...like I said in my first review I think I would have ended this a long time ago, but then were would the book be right?
Jethro (Kite), dude's got problems, no doubt.  I like that we get some explanation of what haunts him.  I think from the beginning I've always had more of a connection to him than I have Nila.  Nila,I just want to shake until she does something insanely drastic and fixes it all but I am always afraid she's too weak to do it.  Jethro, I feel like Jethro is always doing something.  He is always trying to save himself, Nila, Kesterl, and Jasmine (although lord help us all if Nila ever finally figures out that maybe, just MAYBE listening to Jethro for once might be a good idea.), is he hot and cold, uh, yeah.  Does it drive me insane sometimes?  Most definitely, but do I want to see him happy, do I want to see him succeed?  Somehow even at his worst, always.  Jethro just has this magnetism about him that sucks you in even when he is being horrid because you know deep down in his black soul he really isn't this beast of a man.  He will never be his father, Daniel, or Grandmother (guys, Grandma...grandma has to go, like seriously...old woman is causing all sorts of trouble and I blame her for almost everything even if we don't see her that often.  I know she's back there in her rooms, scheming and in general being evil.), and at the end of this book if you hadn't already realized that you will be over the moon, albeit heart broken.

This is a tough series to read I am not going to sugar coat anything for you, it is dark, cruel, gut-wrenching, heart-breaking, angering, and swoon worthy. If you like dark romance and can accept that this is something that would NEVER happen in real life, if you can just enjoy the weaving (no pun intended) of a complex tale then I think you will like this.  After getting over my initial shock and putting my righteousness on the back burner I have really come to enjoy this story and am more than ever anxious to see how Pepper Winters finishes this story.  I am praying or some sort of HEA, but I am honestly not sure that we will get it.

HOW HAD THIS happened?


Where did it all go so wrong?


Yet he’d given me over to his family. He’d bound the ropes, blindfolded my eyes, and gifted me to his kin.


“Know what time it is, Nila Weaver?” Daniel breathed in my ear.


I jerked away. The restraints around my body meant I couldn’t run, couldn’t fight; I couldn’t even see.


Please don’t let them do this.


I wanted to scream for Jethro to save me. I wanted him to put an end to this and claim me once and for all. Didn’t our connection mean anything?


You know it’s all different now.


Ever since I’d returned to Hawksridge Hall, things had been different—horribly, horribly different.


The fire crackled in the billiards room where the Hawk men had been playing poker. The air was hot and muggy and laced with cognac fumes.


Tonight, I’d had plans to end whatever changed between Jethro and me forever.


But now…those plans had changed.


Kestrel ran his fingers over my collar. “Relax, little Weaver. It will all be over soon.”


Cut chuckled. “Yes, soon you can go to sleep and pretend none of this happened.”


My ears strained for one other voice. The voice of the man who controlled my heart even though he’d thrown it back in my face.


But only silence greeted me.


Someone clapped and in a voice full of darkness and doom said, “It’s time for the Third Debt.”

I shook my head, my heart smarting with pain. “What happened to you?” I reached for him, wanting to clutch his forearm and reassure myself that our bond was still there.


With a sneer, he sidestepped, staying out of reach. “What happened to me?” Smiling coldly, he made me seem as if I were some idiot child asking for the universe’s secrets. “I got better. That’s what happened to me.”


“You wouldn’t understand. No one can understand another’s problems. All you need to know is that I’m cured and I won’t make the same mistakes again.”


I took a step back, goosebumps scattering over my body. “Don’t say that. I’m in love with you. Something like that cannot be undone—”


“Love is a chemical imbalance, Ms. Weaver. I am no longer imbalanced.” He came closer. “Don’t get cold feet on your invitation. You promised you would come, and you don’t want to give me a reason to punish you so soon…do you?”


My skin pinpricked with panic. That sentence should’ve dripped with eroticism. But it wasn’t. It was cold…lifeless…like him.


Snapping his fingers, Jethro held out his hand. He kept his digits curled slightly so I couldn’t see the tattoo marks on the tips. “Come. I want to be back at Hawksridge before sunrise.” 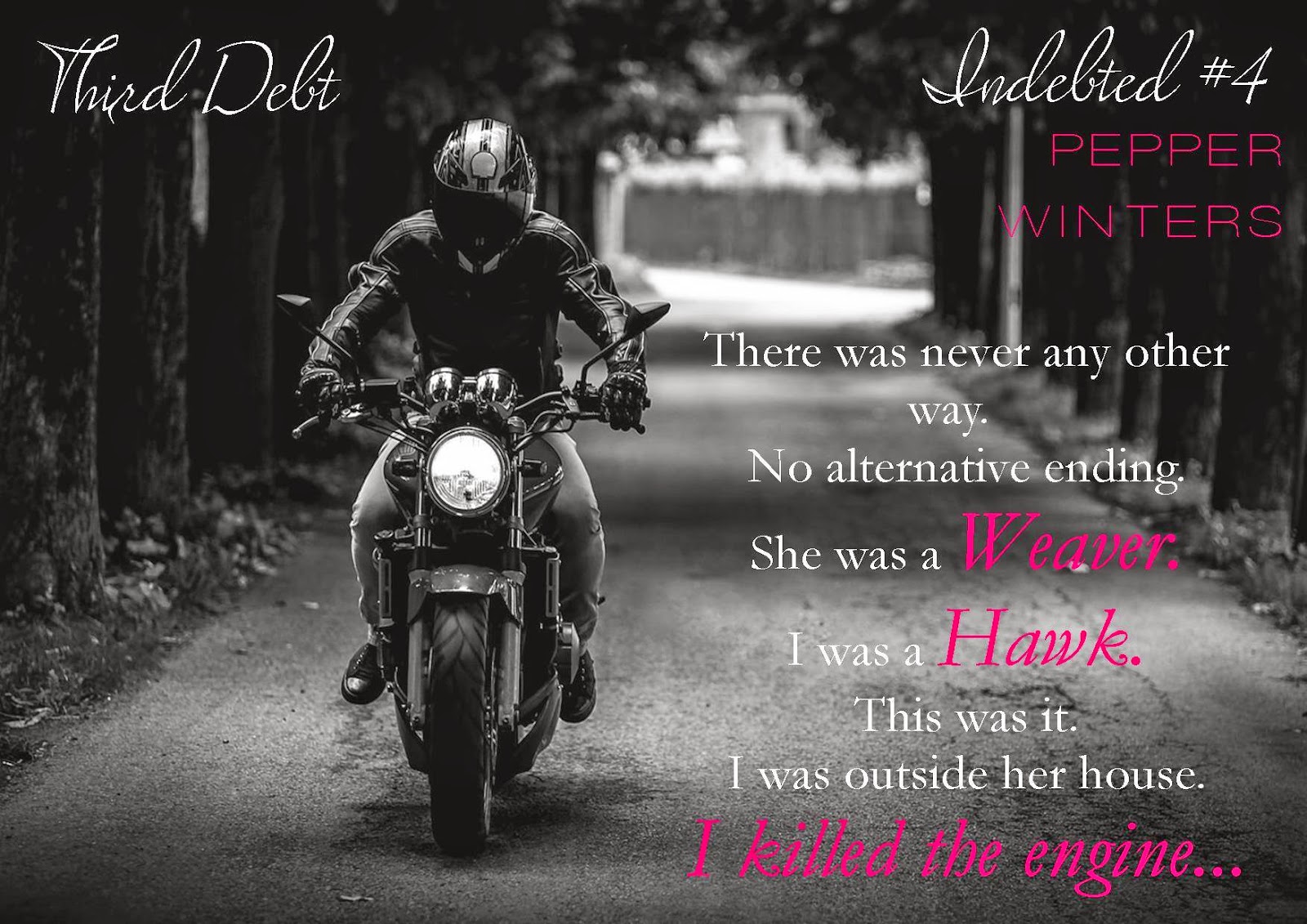 Pepper Winters wears many roles. Some of them include writer, reader, sometimes wife. She loves dark, taboo stories that twist with your head. The more tortured the hero, the better, and she constantly thinks up ways to break and fix her characters. Oh, and sex... her books have sex.
She loves to travel and has an amazing, fabulous hubby who puts up with her love affair with her book boyfriends.

Her Grey Romance books include:
Destroyed 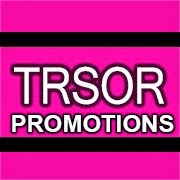