The Truth About Jack - Review 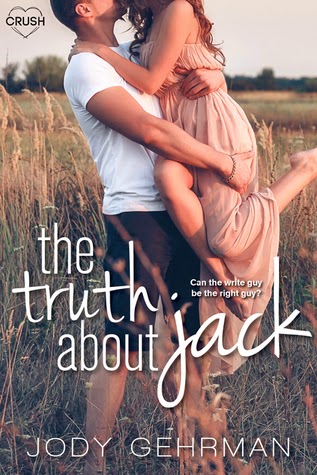 Hurt and viciously betrayed, Dakota pours out her heart on a piece of paper, places it in a bottle, and hurls it into the ocean. But it doesn't quite go where she expects…

Jack Sauvage finds the bottle washed up on the shore and responds to Dakota's letter. Except what if his straight-laced life doesn’t jive with the free-spirited girl he’s only seen from afar? As Jack creates a persona he believes she’ll love, they slowly fall for each other with each new letter. Now Jack is trying to find a way to make this delicate, on-paper romance happen in real life…without revealing his deception.

I really enjoyed this sweet story about love, finding yourself, and redeeming love.

We meet Dakota, a sweet free-spirtied girl with big dreams on the day that one of her dreams comes true while another is destroyed by the careless thoughts and actions of her boyfriend and best friend.  Let me start this by saying I can not stand Dakota's 'best friend' and some of my reason for the 4 star review as opposed to a 5 star is that I didn't feel like I got the right kind of closure for that entire situation.  Maybe, just maybe that is my vengeful spirit talking, but I wanted to see Dakota really let loose in this one situation.  I give Dakota props for standing some of her ground, but I want to shake her and tell her to 'Woman up' and give River what she has coming to her, a good tirade, lol.  I know that one little thing shouldn't have affected me so much, we should all learn to be more forgiving, learn to move past our anger.....No, just once I want to see a girl wronged go out in a blaze of glory with her middle finger raised high in the air as she sashays out the door knowing she won this round...just once please!

Anyhoo, sorry it just had to be let out, back to what really was a lovely story and let's talk Jack. I really connected with Jack.  I loved his vulnerability, we don't see that in a lot of male hero characters it seems.  They are usually so self assured or have this bad boy image so it is thoroughly refreshing to see this character who is nervous and a bit shy, especially around a girl he likes. Jack while having everything he could want monetarily has lived an extremely sheltered life.  His mother's beloved brother died at the age of 19 leaving Jack's mother to later in life become an extremely over-protective mother.  Then as young a teen Jack looses his best friend to depression and suicide which lead to an incident requiring his family to pull him from school and home school him. He's a talented musician with a bright future ahead of him at Julliard, yet he is missing out on the joy of life until he sees a ray of sunshine at a local coffee shop and he has to learn more about her.

The idea of the letters was such a fun way to discover more about each of the characters, but I will say that I enjoyed their interactions together the most.  The problem with the letters were they are based on a lie and while most of the answers in them were truthful, the feel of  them is off because we know that they aren't 100% honest and of course you are constantly waiting for the shoe to drop and the truth to be exposed.  I know why Jack does it, I totally understand it was easier for him to not put himself out there with the fear that she may not like him back.  Watching as he tears himself up over whether he is worthy of someone like her was hard to watch because from the outside we of course know how worthy he really is.  Yes he lies, but his lie didn't feel like betrayal, it felt like what it was the fear in a young man who is unsure of himself and the world around him.

I found this to be a delightful story, full of emotion and beauty.  I don't know if it could have been done but I wish it would have been longer or even maybe a series.  I feel like while Jody wrote a beautiful story and that I understand her characters and their motivation I missed out on some of their depth.  I think they both had so much to them and I wanted to dig in deep with them and discover all their stories...I would have liked to have seen closure on so many things, such as Dakota's dad and mom, more background on Jack's Grandma (who is clearly a gem of a woman), on Attila (who I am pretty sure needs his own book) and of course Cody (the boyfriend) and River (the best friend). There were just all these quiet stories happening around Jack and Dakota and I need to know how they all turn out.   The ending will have you laughing and crying, it was simply perfect...although I could use a sequel to see where that goes too, haha.

I think this is a great read for teens, Judy's writing is beautiful with a poetic bent to it, that makes the story a joy to read.  It is a quick read and not one that you will want to put down once you start.  I highly recommend this to a teen or adult YA fan that is looking for a quiet love story.  It is reminiscent of books by Nicholas Sparks, just a quiet beautiful love story that you can curl up with and feel good about. 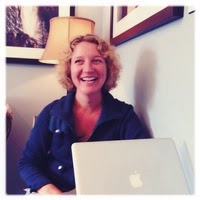 Jody Gehrman is a native of Northern California, where she can be found writing, teaching, reading, or obsessing over her three cats most days. She is also the author of ten novels and numerous award-winning plays. Her Young Adult novels include The Truth About Jack, Audrey's Guide to Black Magic, Audrey's Guide to Witchcraft, Babe in Boyland, Confessions of a Triple Shot Betty, and Triple Shot Bettys in Love. Babe in Boyland was optioned by the Disney Channel and won the International Reading Association's Teen Choice Award. Her adult novels are Bombshell, Notes from the Backseat, Tart, and Summer in the Land of Skin. Her plays have been produced in Ashland, New York, San Francisco, Chicago and L.A. She and her partner David Wolf won the New Generation Playwrights Award for their one-act, Jake Savage, Jungle P.I. She is a professor of English and Communication Studies at Mendocino College.